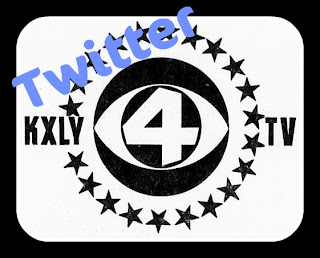 I found this really old picture of KXLY’s logo…..

I found it ironic that they had twitter back in 1966…..I think they called it a chicken coop though.

I had a great time this morning helping Nadine, Mark and Mike get the feel for their relatively new twitter accounts. For a moment there I thought Nadine was going to have a “happy attack” when I showed her the ability to create a list of her favorite news outlets. When I first went over Twitter with them a few weeks ago the response from all of them was….”Well it seems kinda neat”  After today I get the feeling that they all can see the true value in finding great content in short bursts of information.  Twitter is an awesome tool. Specifically to people in the “News Business”. The amount of sheer information being shared every day is just plain staggering.

I did take a break from the workshop to shoot this short video. It really is worth the watch. The last thing Nadine says is just priceless.

Have a great tomorrow everyone! Enjoy the video…..I need to go to bed!